Antoine lives with his wife in Bourg-la-Reine, a suburb of southern Paris, France. As a baby, Antoine’s PKU was identified through the standard heel-prick test, which has been offered to all new-born babies in Europe since the 1960s.

Antoine manages his PKU through his diet as he has done since he was a child. Although he was supported greatly by his parents when he was a young child, Antoine acknowledges that care needs to be intensified for patients as they get older. Instead, he finds the reverse is true.

“PKU is a serious disease because if there is no detection at birth, the consequences are really, really serious. It can lead to physical or mental handicap. There is a concentration of efforts to care for children. But the diet is much easier to manage when you’re a child. As you become a teenager, you start to care about taste and are introduced to new things. When you are an adult, you have to deal with your desire for food, and the consequences of eating it.”

For PKU patients, this can mean dire consequences for their physical and mental health. For those who are not actively managing their condition, then symptoms such as anxiety, depression, mood-swings and lapses in concentration are common.

“It’s different for each person,” Antoine says. “The main things I fear is that I can be much more nervous and on edge. I can also sometimes have difficulty with my memory.”

Antoine married his wife, Justine, in 2016. “She’s been a real support to me,” he smiles. “She has changed her food habits to fit with me.” Although Justine has always been very accepting and supporting of his condition, it can be complicated and challenging to explain the restrictions of the diet to family and friends. 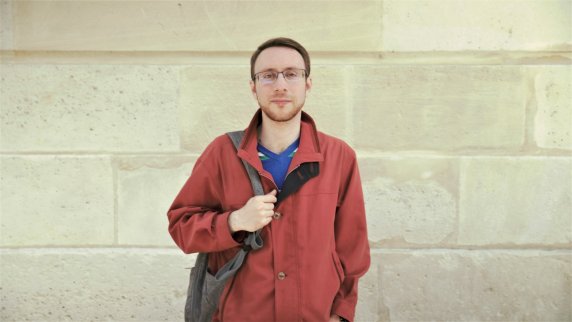 In 2018, Antoine and Justine travelled to Japan, a trip they were hugely looking forward to. Unfortunately, upon arriving, Antoine very quickly realised there were limited food options for him – which ended up being a recurring theme throughout and his resulting high Phe levels negatively impacted the trip.

“After two weeks of eating off-diet, I had the reactions of a teenager in my head. I was really nervous. I really noticed a difference. The one thing I wish people knew about PKU, is that it’s not a choice. I don’t choose to not eat these things – it’s a medically really important issue.”

Travelling can often be a daunting experience for PKU patients. In recent polling conducted across Europe it was revealed that travelling is three times more daunting for PKU patients than for people without ‘hidden’ health conditions.

However, challenges also exist much closer to home.

Although the transition from child to adult care is difficult for most PKU patients, the challenge is particularly acute in France. Not only do patients have to apply for continued care into adulthood once they have a job, but they also have to renew their status as having a long-term condition every five-years to continue their care.

So what sort of tools do PKU patients need from the healthcare system? Antoine says,

“It’s a difficult question, because the answer is not the same if you are a child or a teenager or an adult. Something every PKU patient could benefit from is a nutritionist though, to help us to deal with the psychological difficulties and food planning.”