Piroska Kokas lives in Budapest, Hungary. She is a well-known person and is a popular actress who plays in theatre pieces and musicals. As an artist-teacher, she gives drama and acting classes in a primary school, and also works as a dubber. Her day runs on a tight schedule, which makes it a constant challenge for her to bring her PKU diet in line with her highly active lifestyle. Since 2020 she has been the goodwill ambassador of the Hungarian PKU Society.

In Hungary, there has been screening for PKU since 1975. Piroska was born in 1980, but right after her birth, her parents were not aware that she had PKU. However, her family noticed that she would not accept breast milk, and that she was constantly hungry. The time it took to establish a diagnosis was longer than it takes today so after more than a month of uncertainty, Piroska and her parents were invited to the hospital to inform them that Piroska suffers from phenylketonuria. There, she immediately received the first dose of a special food preparation which she was fortunately willing to consume. Her parents were also informed of the rigorous rules of the PKU diet which have to be followed on lifelong basis.

“As it happens, when I was very young I ate huge amounts of carrots, and in fact my first memory was that I ate so much carrots that most of my body was yellow including my palm, and my sole. That was when I realised that maybe I had to eat differently from other people!”

Her family was committed to follow the PKU lifestyle, which enabled Piroska to perform well at school, and come closer to the objectives she had set for herself.

“I have become an actress in line with the family tradition.”

Piroska lives in Budapest, Hungary. As an actress, she works on a large variety of assignments and is usually tied up all day. It is a daily challenge for her to match her PKU diet with her active lifestyle.

“I am a freelancer, and I work in many branches of my profession.”

Piroska is a “freelance” artist meaning that she schedules her day to suit her assignments and the specific activities on that day. In a typical day, she may travel from dubbing studios to schools, and theatres. This lifestyle is very hard to bring in line with the PKU diet.

“I have my tested places in town where I can pick whatever food suits my needs. I try to fit these places into my itinerary. Unfortunately, this does not always go as planned, and there have been times where I have been delayed in getting to my appointments. When this happened, I had to move on to the location of my next program, and I got stuck in traffic, and felt hungry. To be honest, being on this diet for 40 years makes you weary. So, sitting there I burst into tears, and admitted that it was very  difficult living the way I did.” 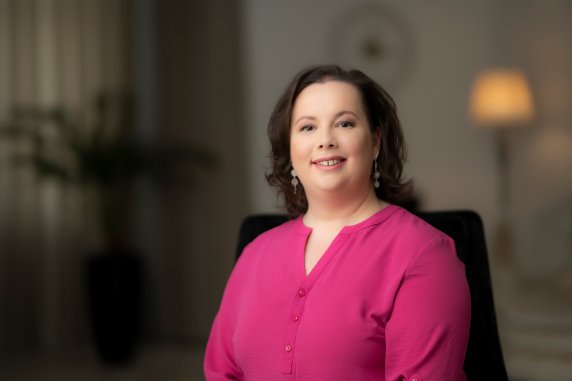 Wherever she goes, Piroska only spends the time required by the given activity. She does not have the option of taking her own food that she prepares at home, as she is often not able to store or heat up her food on location. For this reason, her PKU diet requires a lot of organisation and thinking ahead, and the only place she can really feel safe and quiet while eating is at home. She is grateful to the PKU community and to her family who not only offer emotional support when she is down, but also provide financial assistance to pay for low-carb food as it is more expensive than normal foods. Without these a PKU diet would be impossible.

“I would be very glad if PKU were a little better known in society.”

She feels that if PKU was better known in society, young PKU patients would find it easier to integrate, young mothers with PKU (who must be even stricter about their diet) could have an easier life, and people would better understand the daily challenges of PKU patients.

“If I had to give a one-word definition for this disease, I would say self-discipline as one has to control themselves continuously until the end of their lives.”