As is common for rare disease patients, Eva was misdiagnosed as a baby, a disease for which she received medication for several weeks – only to be told later that her diagnosis was incorrect and that in actuality she had a life-long inhibiting disease called PKU.

“My first memory of PKU, I think is in kindergarten,” Eva recalls. “I remember just noticing that I had a closer relationship with the lunch lady than any of the other kids – and I remember thinking, why am I the only one?”

Even from a young age Eva recalls the feeling of being different from her peers, “I felt uncomfortable sitting at the table, everyone was eating something and I was eating something that looked weird. Sometimes I got comments like – ‘what is that? That looks like poop’,” from the other kids.

One of the major symptoms associated with unmanaged PKU is brain damage and cognitive difficulties which can carry into adulthood if unaddressed. For this reason it can be difficult for patients to differentiate between the disease symptoms and general mental health.

“It’s hard because you never know… I’ve had some difficulty with concentration, especially in school, and I will never know if that is because of PKU or if it’s just who I am,” says Eva.

Despite having come to terms with her diagnosis, Eva has concerns about her future, particularly around her ambition to travel outside of Stockholm; “the scary part is I don’t know what would happen [if I leave Stockholm] and it would depend where I go, but it’s far from certain I’d have the same [support] in another country, or even in another region within Sweden. I feel very trapped knowing that even if I moved a few miles away I wouldn’t know what’s possible.”

The difficulty of understanding and managing PKU, particularly through turbulent teenage years is something most PKU patients can relate to – particularly given the discrepancies and transition between child and adult care. 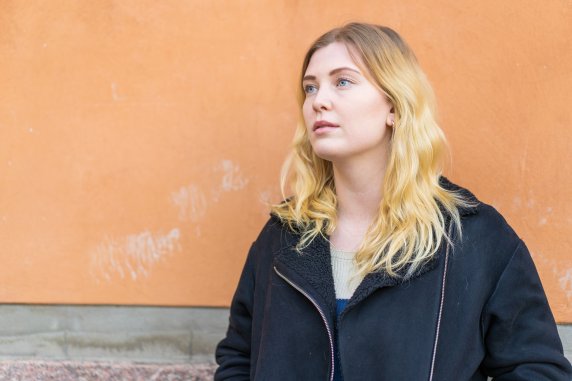 “I had more regular contact when I was little, then we almost had a personal relationship with our doctors, I remember them very fondly. They’re both retired now.”

“I felt like the older I get the less attention I get. It gets more and more confusing as to know what’s going to happen next. Who’s going be my doctor? Who am I going to meet? Who knows about my blood test? Just confusion in general I think. Between the age of 18 and 20, which I am now, I was still treated as a child patient even though I was technically a grown-up and I think that just shows that there’s really no one to receive me, it felt like I was leaving one doctor, but there was no new doctor to help me.”

It’s this current gap in the transition of care that Eva bases her advice for future PKU patients on; those going through the child to adult transition – and preparation is her message.

“When you’re coming up to the ages of the teenage years, of maybe 15, 16, start preparing for the transition way ahead. Ask your doctors who’s going to take care of me then and what’s going to happen so they get that it’s important to you and you still have support. I wasn’t prepared, I didn’t even know that I was going to change doctors.”

Although Eva has a good quality of life and makes the most of her opportunities, she is concerned about the future.

“We’re going to get older and we’re going to discover what happens, but because it’s such a rare thing, I get that not many people are interested. But it feels unfair that just because I have a rare disease I’m not given the same amount of help and support as other people.”

“I think the biggest challenge is maybe accepting I have PKU, because it’s so rare – but it did happen to me. It’s something I think about from time to time; like, what are the odds? But, it happened.”